Baby Boomers Are Challenging The Ideas Of Age in the Workplace 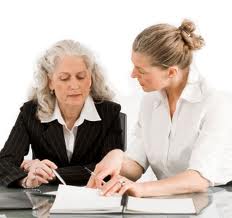 These days, you don't have to look very far to see someone who is 65 and still in good health. In fact, most baby boomers are enjoying lives that are active and meaningful long past the traditional retirement age. This generation, the one who challenged the ideas of the 50's, the anti-war protesters, hippies and revolutionaries changed the way that America looked at young people and now they are challenging the way that we all view the idea of age in the workplace.

For a group who used to chat "Don't trust anyone over thirty", they have become outspoken advocates for the rights of seniors to continue to contribute to society and the workforce. Currently, there are 760 million people in the world who are over the age of 60 and many of them are still making big contributions to their communities.

April 7th is the UN World Health Day, and this year it's dedicated to the issue of "Aging and Health". One of the topics to be discussed is that in over 20 countries, life expectancy had increased to about 80, and the number of people over 60 is expected to more than double by 2050.

When the social security system was created, few people reached the age of 65, and when they did, they were likely to be frail and unable to work.The system was designed to give those people a pension and let them take a well-deserved break. Now, in many parts of the world, when someone turns 60, they still can expect to live another 30 years or more.

Baby boomers are trying to find ways to make those 30 years more productive. The truth is that our society can't afford the strain of having such a large group of people sitting on the sidelines. Just the price tag of social security and medicare to support these senior for thirty years is staggering. Instead, many seniors would like to continue to work, generating income and contributing to the economy.

However, more and more older Americans are finding it harder to find work. Even though age discrimination is illegal, many companies still practice some form of it. While they may not come out and say that they aren't hiring someone because they are too old, when they have a choice between two equally qualified candidates, they will often chose the younger one. It may not even be intentional. To the employer, that particular person might have just impressed them with their enthusiasm and excitement about the challenge.

There are some people who believe that entering old age is something that should happen gradually, and that perhaps more seniors should consider easing into retirement by taking a year off or working part time for a few years. It makes good economic sense, but what about the younger people who are trying to find jobs? Won't they have trouble finding work because so many older people are continuing to hold jobs?

It's hard to say. Depending on who you ask and how old they are, you'll get a completely different answer.

In the same way that baby boomers created an extended adolescence and redefinied it as a time of creativity, rebellion and experimentation, they are changing the way that we look at retirement and growing old. Perhaps they will create a new period of transition between 60 and being considered old.