The future belongs to women 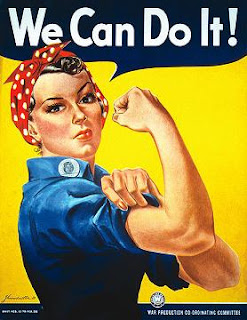 For many years, women have held the majority of jobs in the education professional – for generations, becoming a teacher was one of the only career paths that women were allowed or encouraged to pursue.

But an interesting trend in the past few years is that women are becoming a majority of the entire U.S. workforce – not just in education. Women’s education levels and general adaptability to the new demands of the workforce are part of the reason that in many ways, it appears that the future of the American workplace belongs to women.

In a recent article in the Atlantic Monthly titled “The End of Men,” Hanna Rosin compiled several statistics and emerging trends that show the various ways that women are taking over the workplace – and the profound social and cultural changes that are resulting from (and reinforcing) this phenomenon.

While it’s true that women often tend to earn less than men (even for the same or comparable work), the “wage gap” is likely to diminish in coming years as women are now holding an increasing percentage of managerial and professional jobs. As Hanna Rosin says:

“According to the Bureau of Labor Statistics, women now hold 51.4 percent of managerial and professional jobs—up from 26.1 percent in 1980. They make up 54 percent of all accountants and hold about half of all banking and insurance jobs. About a third of America’s physicians are now women, as are 45 percent of associates in law firms—and both those percentages are rising fast.”

A recent study of U.S. Census Bureau Data by Reach Advisors indicates that younger women are outpacing their male peers in earning power: Women ages 22 to 30 who are single and childless make 8 percent more money than comparable men in their age range in the biggest 366 metropolitan areas of the U.S.

Skeptics might argue that while it’s true that women are making big gains in the workplace, there will not be true gender equality until women rise through the leadership ranks. In the most visible example, only 3% of the Fortune 500’s CEOs are women.

Hanna Rosin argues that although women are still scarce in the executive suites of America’s top companies, that is likely to change – because women tend to exhibit the right sort of leadership characteristics that are most prized in the post-industrial “knowledge-based” economy, where teamwork, conciliatory style, and engaging the inner needs of colleagues is more effective than older “macho” styles of command-and-control leadership.

If the prototype of a successful CEO in the past was all about being tough, hard-charging, forceful and relentlessly driven to succeed (all traditional “male” characteristics), the CEOs and business leaders of the future will be more like good coaches, drawing on social intelligence, sensitivity, creativity and collaboration – all strongly associated with “feminine” qualities.

Women have come a long way in the workforce – from the days when they were limited to a few careers, to the days when they will likely become a majority of Fortune 500 CEOs. The future of the work world largely belongs to women – and hopefully this new reality will lead to some positive results for all of us.

Ben Gran is a freelance writer based in Des Moines, Iowa. He is an award-winning blogger who loves to write about careers and the future of work.

Whether you’re a man or a woman, find your place in the Education workforce at http://www.educationjobsite.com/